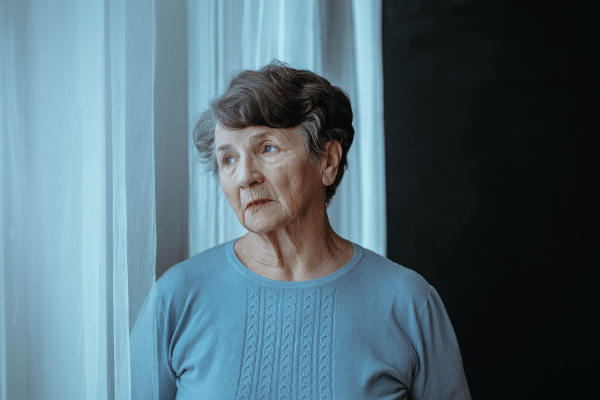 Lithuanian-based cannabinoid research company Sanobiotec is developing proprietary technological processes for production of minor cannabinoids – naturally occurring chemical compounds found in the cannabis plant. Preliminary research shows that due to their structural components the extracted botanical compounds can be used for treating patients diagnosed with terminal illnesses, such as cancer and Alzheimer’s disease, as well as anxiety, pain management and reducing inflammation.

The major cannabinoids – tetrahydrocannabinol (THC) and cannabidiol (CBD) – are the most prominent compounds in the cannabis industry, well–known for their health benefits. However, the range of cannabinoids expands far beyond these two substances. In comparison with THC and CBD, minor cannabinoids have a more targeted effect, thus can be utilized for specific purposes, ranging from analgesic to anti-inflammatory and even antiproliferative (able to prevent the spread of malignant cells) effect.

Due to their medicinal and therapeutic properties, minor cannabinoids, such as cannabinol (CBN) and cannabichromene (CBC), can provide many health benefits and thus could be applicable in a variety of industries – such as pharmaceutical or wellness. However, the miniscule concentrations of these compounds in the cannabis plant make the extraction process immensely difficult.

Sanobiotec has been working to improve the technological processes behind the production of CBN and CBC and the achieved results look promising.

“The purity of CBN and CBC isolates we have obtained is 99+ %” said Rytis V. Urbonas, Director of Technology Development at Sanobiotec. “These are highly positive results, given the peculiarities of each process. Our aim was to produce compounds that could be easily incorporated in custom formulations, which is exactly what we managed to achieve,” said Mr. Urbonas.

According to Rytis V. Urbonas, the interest in THC and CBD’s structural “siblings” and their potential in cannabinoid-based drug development was a natural outcome of the company’s research and development activities.

“We are well into the second year of our project, implemented in partnership with the National Cancer Institute in Lithuania. Currently, we are examining the potential of natural and novel synthetic cannabinoids for targeted cancer treatment based on their molecular mechanisms,” stated Mr. Urbonas. “Further research will enable us to delve deeper into understanding the effects and properties of these compounds.

Sanobiotec aims to research and implement new techniques to produce minor cannabinoids, such as cannabidivarin (CBDV), tetrahydrocannabivarin (THCV) and other compounds, e.g. Cannflavin A, with more efficiency. This will enable the company to produce cannabis compounds that had only been identified or were tricky to isolate due to their scarcity in the hemp biomass. According to Mr. Urbonas, there are already more than 100 cannabinoids identified, thus the potential for new phytochemicals is limitless.

“Once the most promising compounds are identified, we move rapidly. Our goal is to become a hub for cannabinoid research, development and production, so our team is determined to maintain the fast–paced development,” added Mr. Urbonas.

The upcoming research is a joint project with the Life Sciences Centre of Vilnius University and will explore the promising potential of cannabinoids in the treatment of Alzheimer’s disease and other neurodegenerative disorders.

Sanobiotec is a cannabinoid research company committed to identification, development and formulation of innovative active compounds via natural hemp extraction, synthesis and biosynthesis. Headquartered in Vilnius, Lithuania, the company operates a state-of-the-art laboratory and develops proprietary technological solutions designed for production of natural and custom compounds. Sanobiotec is also engaged in scientific research projects investigating the potential of cannabinoid-based medications used for treatment of specific diseases. 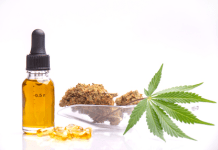 What is the Ideal THC Level for Medical Cannabis? 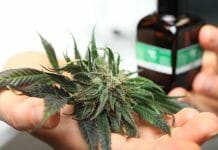 A Conversation About PTSD During May: Mental Health Awareness Month 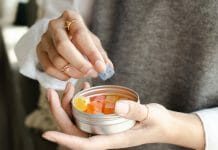 What is Delta 9 and Why is it Beneficial?