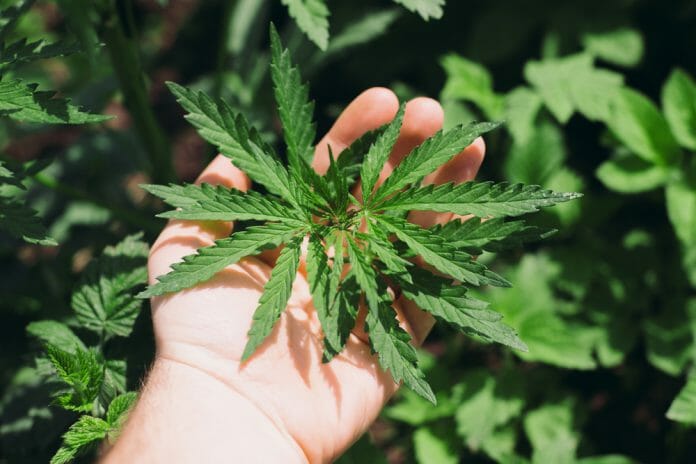 Earlier this year, New Jersey became one of 19 states that now allows recreational marijuana for adults aged 21 or older. With licensed sales expected to begin in New York within the next year, and legalization efforts underway in Delaware and Maryland, many Pennsylvanians will soon find themselves surrounded by jurisdictions with significantly more lax marijuana laws than the Keystone State itself. While this will undoubtedly have a substantial impact on criminal law, recreational legalization also promises to dramatically increase the size and scope of the marijuana market itself. This article will discuss common legal issues faced by cannabis companies, the tension between state and federal law in this area, and the increasing complexity of transactions designed to respond to these challenges.

First and foremost, it is worth reiterating that marijuana remains illegal at the federal level. In fact, at the federal level, it is as illegal as a substance can be; marijuana is currently classified as a Schedule I controlled substance, with no accepted medical use and a high potential for abuse. Nevertheless, the country has now cycled through three consecutive presidents of both political parties without any notable enforcement efforts on the numerous persons and businesses openly flouting federal law. However, the lack of federal enforcement actions does not mean that federal law no longer presents any impediment to owning or operating a legal cannabis business.

For instance, an oft-litigated section of the tax code, I.R.C. § 280E prohibits any deductions or credits for businesses that traffic in controlled substances. As this disallows basically any business expenses relating to the operation of a cannabis company, the tax implications are substantial. Because this prohibition effectively taxes business at the gross income level, as opposed to a tax-preferenced net income level, some cannabis businesses have even argued that this penalty is so large so as to violate the Eight Amendment’s Excessive Fines Clause. E.g., Northern California Small Bus. Assistants Inc. v. Comm’r of Internal Revenue, 153 T.C. 65 (T.C. 2019). However, courts have not been receptive to such arguments, or related ones about the federal government’s ability to impose income taxes under the Sixteenth Amendment. See Today’s Health Care II, LLC v. Comm’r of Internal Revenue, T.C. Memo. 2021-96 (T.C. 2021).

Beyond constitutional arguments, other marijuana companies have sought to use alternative calculation methods to escape I.R.C. § 280E’s vindicative clutches. In Patients Mut. Assistance Collective Corp. v. Comm’r of Internal Revenue, 995 F.3d 671 (9th Cir. 2021), the subject marijuana business raised many of the same arguments typically heard in these types of cases, as well as novel ones relating to excludible inventory costs under I.R.C. § 1.471-3(d). Specifically, the taxpayer in this case sought to include employee compensation and laboratory testing for the product in its calculation for inventory cost under I.R.C. § 1.471-3(d)’s vague decree that “[i]n any industry in which the usual rules for computation of cost of production are inapplicable, costs may be approximated upon such basis as may be reasonable and in conformity with established trade practice in the particular industry.” After a thorough review of the Tax Code, and in particular the different tax rules for resellers versus producers, the Ninth Circuit ultimately concluded that the reseller-plaintiff here could not take advantage of I.R.C. § 1.471-3(d)’s alternative calculation method because it was not an original producer of its goods.

In the abstract, the tax accounting of marijuana businesses should be fairly straightforward. There is a product, often a store, and a gaggle of employees. With the sale of any other widget, this would entail fairly simple accounting practices. Of course, marijuana is not just any normal product. Its federal illegality, and in particular I.R.C. § 280E’s punitive calculatory methods, erects considerable hurdles to achieving legitimacy. While the tax implications of various accounting procedures may not be on the minds of many cannabis entrepreneurs, this can be a costly mistake. Like any other business, budding cannabis companies must take a practical look at their current and anticipated finances, and this includes the tax consequences of opening such a business.

All of this, of course, presupposes that the cannabis business in question intends to pay taxes. Because most nationally chartered banks will not service cannabis businesses, dispensaries typically operate as a cash-only business. The tax reporting of most cash-based businesses is, in a word, spotty. Not only do cannabis businesses have to worry about keeping track of all that cash for tax purposes, but the risk of employee graft is also very high. This, in addition to the fact that most dispensary employees also enjoy marijuana, led at least one high profile cannabis company to sew their employees’ pockets shut. This company, MedMen Enterprises Inc., also illustrates another key distinction between the cannabis industry and other businesses: the unavailability of federal bankruptcy protections.

MedMen’s very public meltdown has been discussed at length within industry circles. With its stock sold on the Canadian Stock Exchange and over-the-counter in the United States since 2018, MedMen was once an exemplar of legitimacy within the industry. Following the resignation of several high profile executives and a spate of negative publicity, the company soon found itself experiencing cash flows problems and teetering on the edge of insolvency. Normally a firm experiencing such circumstances could take advantage of the United States’ comprehensive bankruptcy code and its related protections. In the case of MedMen however, the absence of a structured and orderly bankruptcy process led to a zombie corporation with substantial assets and little cash flow, lumbering along as its creditors vainly struggled to execute against it.

The MedMen saga also demonstrates another increasingly common aspect of the marijuana industry; the prevalence of cross-border transactions and international investors, especially from Canada. Recreational marijuana is legal in both Canada and Mexico, although this came about through significantly different means. In Mexico, the Supreme Court, Congress, and President have been involved in a yearslong spat regarding the enforceability of cannabis laws, with the Supreme Court declaring such laws unconstitutional on multiple occasions. Legalization in Canada followed a more traditional legislative path, with an act of Parliament providing for adult use taking effect in 2018.

Because cannabis is more unambiguously legal in Canada, this has led to significant cross-border investment in both directions. Once considered a novelty, it is now commonplace for cannabis companies to trade on major stock exchanges. Because the cannabis industry encompasses more than just dispensaries, opportunities for investment exist at all levels of the distribution chain, from growth to marketing to financing. Whether domestic or foreign, investors now structure increasingly sophisticated transactions within the industry. Such transactions bear the hallmarks of any other complex commercial endeavor, complete with holding companies, pass-through entities, and whatever else is needed to ensure favorable tax treatment.

In Pennsylvania, despite the illegality of recreational cannabis, unique and interesting cases still arise out of the medicinal marijuana sector. For instance, in McKelvey v. Penn. Dep’t of Health, 255 A.3d 385 (Pa. 2021), the Pennsylvania Supreme Court analyzed the applicability of the Commonwealth’s robust Right-To-Know-Law (“RTKL”) in the context of medical marijuana permit applications. These applications required extensive personal and financial details about the business, its employees, facilities, and operations. Using the RTKL, certain members of the media sought unredacted disclosures of these records. The applicant companies, understandably, argued that such disclosures would be unnecessarily invasive and would likely reveal various proprietary trade secrets or present significant security concerns. If any records were to be produced, they should be heavily redacted, a task that the Office of Open Records outsourced to the applicants themselves.

On appeal, the Pennsylvania Supreme Court began by noting that Pennsylvania’s medical marijuana act expressly states that such applications are subject to the RTKL. While the RTKL still provides for exceptions where public safety or trade secrets are implicated, as a statute enacted to promote transparency, any “exemptions from disclosure must be strictly construed.” And, while admitting that the applicants themselves probably were in the best position to determine what should and should not be redacted, the court still took issue with the Office of Open Records mere adoption of these redactions by private parties. Ultimately, the court held that “a government agency cannot blindly defer to the determinations of private entities as to what information is exempt from disclosure under the RTKL” and remanded for further fact-finding as to whether the sought-after information actually fell within one of the statutory exclusions.

The legal marijuana industry, still in its infancy, presents a host of unique challenges and dilemmas. Unfortunately, even firms wishing to operate in full compliance with the law find themselves facing a hostile legal environment. Especially in the context or bankruptcy and taxation, these hurdles can be potentially crippling. While it will likely be years before the cannabis market reaches some degree of commercial normalcy, with proper planning and prudence, it is still possible to avoid the common pitfalls faced by firms in this industry.

Ryan T. Kirk is an attorney practicing in Philadelphia with the law firm Bochetto & Lentz. His practice focuses on complex commercial litigation, including within the cannabis industry. Contact him at rkirk@bochettoandlentz.com. 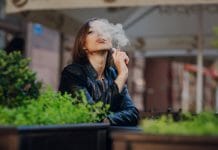 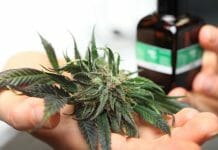