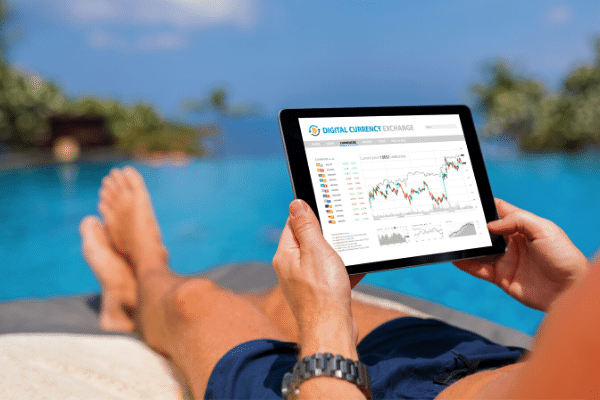 There is an old saying that “cash is king.” But when it comes to forming a legitimate business or industry in the United States, digital currency has dethroned cash.

Those in the cannabis industry, which operates mainly in cash, know this all too well, as their industry is having trouble legitimizing itself, raising money laundering and monitoring fears from the U.S. government. Banks, which are federally regulated, are hesitant to work with cannabis companies because marijuana is still illegal under federal law, and that’s why it’s forced to be a cash-only business.

But Steve Janjic, CEO of Amercanex (www.amercanex.com), the first fully electronic cannabis marketplace, is changing that through an electronic wallet known as ACE Pay.

“The only legal way for the industry to do what it is doing is because of our system,” Janjic says. “We had to build a real payment system for it to survive. Without a regulatory system, we would never get the buy-in of the federal government, which now has everything it needs to regulate the industry, collect taxes, etc.”

According to a report in the Wall Street Journal, nearly 20 percent of Americans do not have access to electronic banking, a bank card or a credit card. Because of this, they deal in cash.

ACE Pay provides a bank account for those who utilize the system, forcing money to change hands electronically, much like PayPal.

Janjic says that those on the system can obtain a physical card if they desire, and that the ACE Pay system is fully automated so banks do not have to add extra staff. Thanks to a proprietary algorithm, those who are on the system will only be allowed to purchase cannabis once a day and minors will not be allowed to make purchases.

Currently, 37 states and the District of Columbia have either legalized some form of marijuana use or possession, or are in the process of doing so. Colorado has been the most successful, fully legalizing marijuana in 2012. Despite its success, Janjic says that 30-35 percent of the state’s marijuana is still purchased on the black market because of its cash-based nature.

“There are many states that could gain from fully legalizing marijuana,” Janjic says. “Struggling states could start growing cannabis, which could help turn their economies around.”

If other states in the union choose to follow Colorado’s model, it could be a windfall in new revenue for those states. According to Fortune, Colorado collected more than $150 million in taxes from the legal sale of marijuana in 2016. The first $40 million annually collected from taxes on marijuana sales is earmarked for public school projects. Not only is the cannabis market in Colorado generating tax revenue for the state, it is also creating more than 18,000 jobs annually.

Steve Janjic is CEO of Amercanex (www.amercanex.com), founded to provide a transparent, neutral and non-manipulated marketplace for institutional cannabis-industry participants, including growers and retailers. The company, a commodities exchange for the rapidly growing industry, strictly adheres to the centralizing regulatory and reporting requirements to local and regional regulatory authorities. Janjic is also the former global head of eFX Sales and Distribution at Tullett Prebon, one of the world’s largest institutional brokerage firms, with 168 years in the marketplace. While with Tullett Prebon, he has established a global sales force focusing on institutional e-commerce and prime brokerage sales/distribution teams.